All three kids in the same picture, looking in the same direction, and not moving for that half a second it took to snap it. Picture! Done! Rare! (I think only a person with three kids – or more for that matter – knows how nearing impossible is to make a spontaneous photo of all of the offspring together without any of them crying, beating up someone else, or fighting over a toy, making the picture totally unusable, blurry, or generally unrepresentative.)
True, Maryam looks slightly disgusted, but hey. Three! In one picture!
Usual mischief and destruction, otherwise. (Three!) 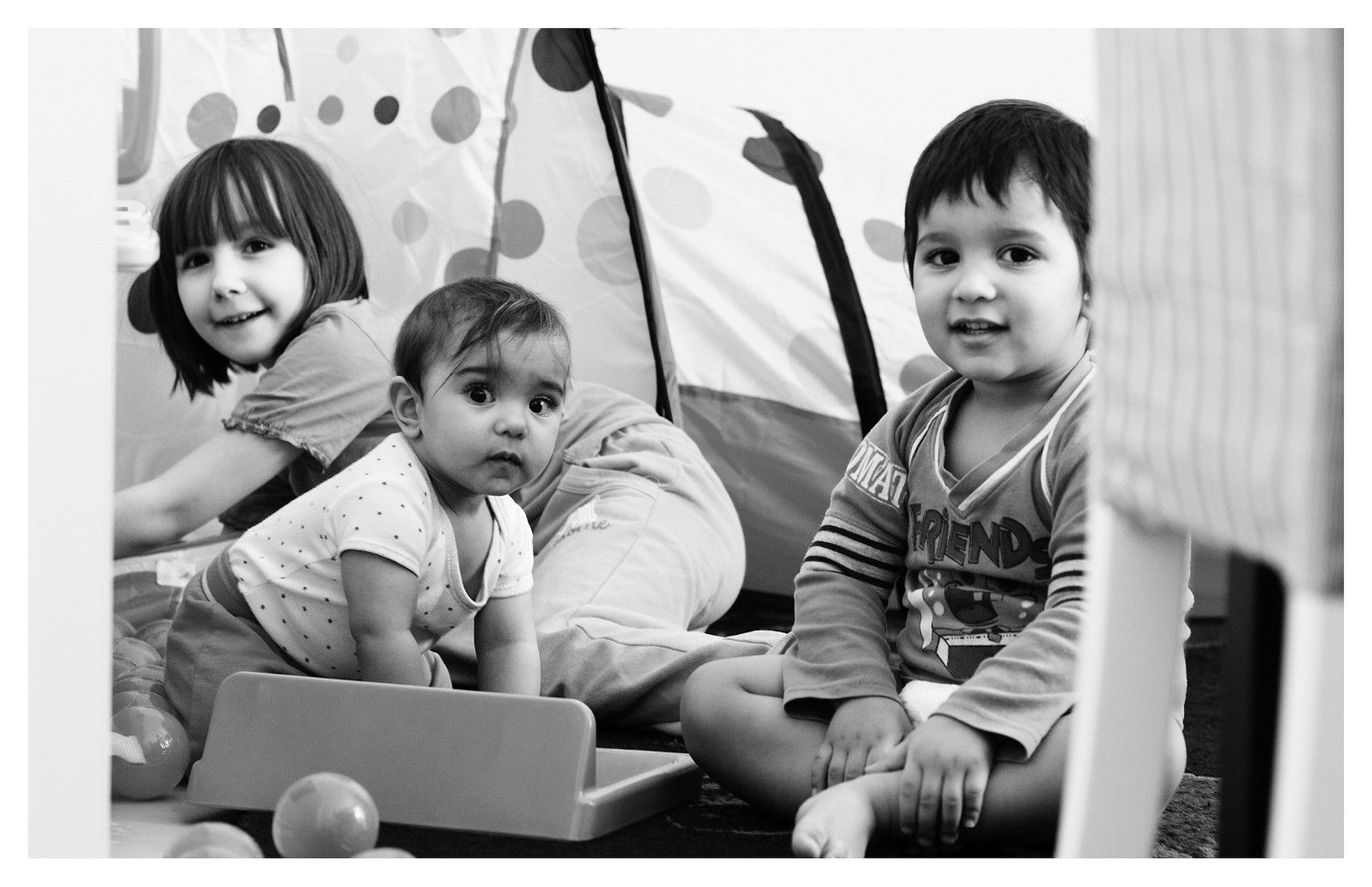 Bad Behavior has blocked 277 access attempts in the last 7 days.