Yeah. I won the fight with my laziness (and migraines) and actually took my butt outta the pit of our house, to take Dori on a walk, and we decided to go to the sea. No big traveling, just 20 minutes by metro to the seaside.
Due to early hours of the day (at least for Britain) and the fact it was Monday, most of the places were empty – best time of day for me, personally.
We had some fun on the beach, Dori exploring something quite new for her (and she started to like the waves too much, for the weather it was, I say), me just having fun with camera after a while I didn’t take any pictures at all. Wasn’t in the right mood for that, I guess. 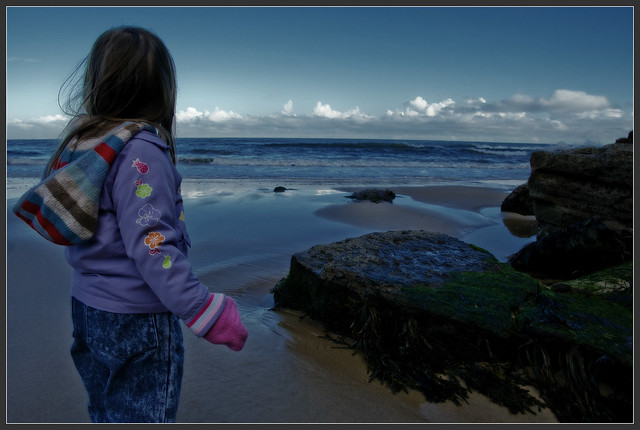 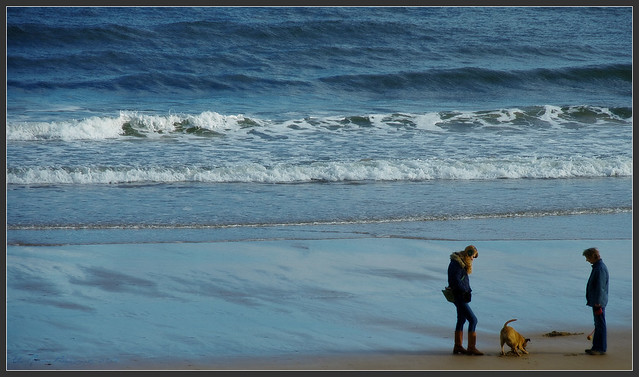 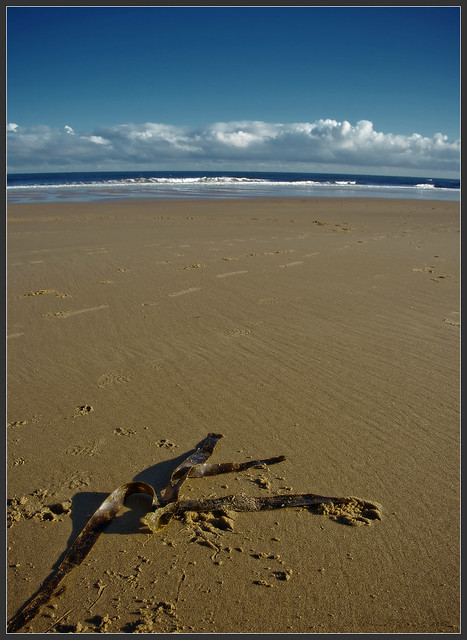 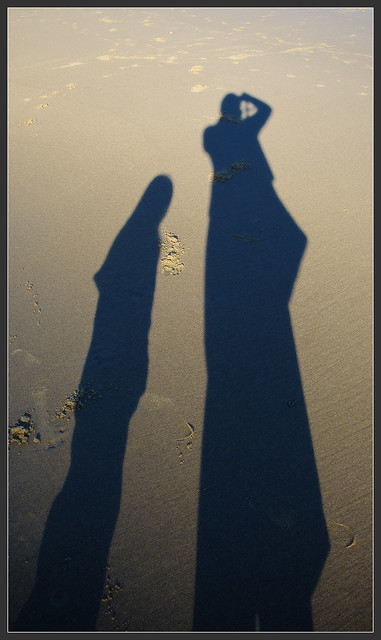 The doctors of mine fight each other with prescriptions and treats which contradict each other (and phone call to Czech to my doctor to tell her that the british one took my current pills and replaced it for some other ones which in fact do not treat what needs to be treated but at least make my migraines go away isn’t particularly cheap – why the heck do not have Czech doctors emails, and why the heck can’t those two just solve it between each other and tell me the result few days later, huh?)
I got some other medication too, one is stuffed with codein, which isn’t particularly something I would really favour in anything I stuff into my body, hence so far those pills are just laying around the flat being massively ignored from my side, postponed for the time I will feel about to drop on the floor again – than I might want to think of thinking of taking that thing. Heh.
Otherwise nothing particularly new in here. The pesimistic days of autumn are still present, though the weather dropped to lower temperatures, closer to the winter, which I never actually felt in Britain – no snow, no winter for my mind. Grey days and grey nights, mostly with some raining throughout the day, and almost certain rain during the night. The pressure changing so often that it isn’t funny anymore brings salty air of the seaside here to the town though, and I enjoy having open windows and salty taste. It’s rather refreshing, something I could never enjoy in Prague. The cold weather pushed the hungry seagulls from the sea back to the town, so for the winter coming we already have the birds robbing our trash cans in advance, mostly upset and screaming seagulls and black-as-night ravens fighting with them for a piece of rotten apple or bread. Or maybe even the shoes our neighbour keeps on throwing out. (Possesion?) I wouldn’t really wonder – they got civilized as the people did.
We are changing our ISP currently, from Virgin Media to Sky, hopefully it will solve our latency and speed issues, which got totally unacceptable and unbearable during the last weeks. This will take about a month and half, changing the landline, telephone, TV subscription and broadband – yeah, we got TV! It’s hanging on the wall over the fake fireplace, 42 inches plasma monster, and guess what – we watched it once only. On the first day we got it. Since than, it is kinda lousy mirror for us, unplugged from the net even, because we just don’t need it. But oh well – the provider’s package for broadband comes with TV set top box and subscription, so we took it. Children’s package, to zombify Dori a bit, heheh.
Though, because of the lack of sufficient connection, I re-explored my book passion (true, it takes me 5 times longer to read something in English, than in Czech, but that’s the tax I gotta pay for that, I assume. At least I usually understand everything, the hints behind the lines as well. I can say that in that my English got much better since the graduation times, heheh.) I got one antique books shop right behind a corner, and one with used books at Tyneside metro station, in case I go to sea and want to read any book I wish (and only for one pound each! Don’t tell me it isn’t a bargain.); as well as not-really-soooo-far library branch for Byker, with huge and recently refurbished children’s play and read area, which my daughter fancies a lot. Though it’s kinda hard to explain to her, that those books we bring home are just for a month, not forever, and she really shouldn’t mark her favourite pages with a pen.
Aboody has birthday today and claims he doesn’t want anything – except second wife, of course. that’s something he will take anytime. So he left me thinking what the heck should I get him, and I still have no clue – and I am also kinda broke at the time, so it’s even harder, heh. So far I just promised him his favourite meal for the dinner, although I feel totally painy all over the body and tired as hell, but it’s his birthday – and he will get it.